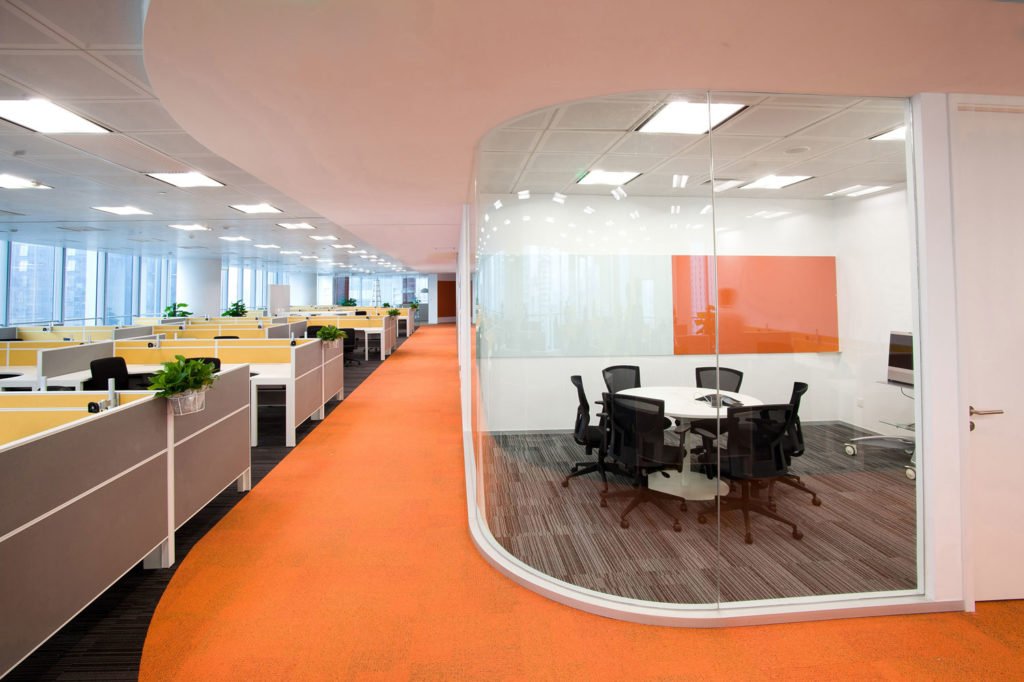 The Downside of Open Plan Offices

Open plan offices have become a pretty standard feature of many modern workplaces. Their popularity began to grow in the late 1990s and early 2000s with fast-growing tech companies needing to expand teams and add staff quickly. Out of necessity, an aesthetic was born.

In 2005, Google head office was revamped into a huge open plan space. These hives of activity became a signal that the company was doing something interesting! The thinking was that they would encourage spontaneous collaboration, innovation and the sharing of ideas. They also eliminated private offices, seen as a symbol of corporate hierarchy, and instead promoted the idea that everyone’s equal.

Surely all of this makes for a motivated, highly productive workforce? Not so, as it turns out!

There’s a growing body of research that has proven open plan offices to be ineffective. Numerous studies have debunked their benefits. And anecdotally, the majority of employees hate them!

A 2018 study by Harvard Business School cleverly tracked two companies’ moves from traditional office layouts to open plan designs. They found that open offices reduced face-to-face interactions by around 70%. They also increased email and digital messaging by up to 50%. The open architecture appeared to trigger a natural human response to socially withdraw from office mates.

These figures shattered the notion that open plan offices make workers more collaborative. Not only that, staff were actually less productive and the overall quality of work deteriorated. Other studies have discovered that people in open plan offices take more sick leave, are more unhappy and more stressed.

The main problems are that open plan offices are loud, distracting, and there’s no privacy. The sensory overload makes staff feel tired, less able to concentrate and, ultimately, less productive. Tense employees can quickly lead to uncooperative behaviour, distrust and negative personal relationships. People get tired of being around other people and just want some space!

With all that working against them, why are open plan offices still here?

Well, they’re cheap for a start! It can cost 50% less than more traditional layouts. Every person takes up less space meaning the square footage needed is smaller. However, if your team is less productive and off sick more, perhaps this cost-saving isn’t quite a clear cut?

What’s a good alternative to an open plan office?

A return to the soulless office cubicles of times gone by doesn’t feel like the right solution. There is still a case for some open plan, collaborative working spaces within an office, and social areas where staff can mingle. But the ideal answer seems to be to have a range of different spaces on offer, giving employees the power to choose where they need to be throughout the day depending on whether they’re collaborating, focusing, learning or socialising. In a world where we have the ability to customise nearly everything, why not extend that to the workplace? Choice is empowering for staff and can help you get the best out of them.

The key is to strike a balance between face time and privacy, and to prioritise your employees’ needs. There’s a growing trend for including more meeting rooms for collaborating and private areas for deep concentration. Some offices have started to include rooms for people to make calls, or silent corners for quiet reading.

To make this work, there needs to be enough private rooms that people don’t have to fight to book them. There also needs to be clear rules around each of the spaces so they work as they should. However, the willingness to change these rules to reflect your staff experiences is also important.

This modular approach could be the perfect antidote to the open offices we’re used to. But how can you achieve this without a complete renovation? Well, that’s where we come in!

Glass partitions can be erected quickly and easily to help divide your open space into more functional sections. Sound proofed options are perfect for containing noise within meeting rooms or keeping noise out of quiet working spaces. Manifestations on the glass or integrated blinds can help give people more privacy without cutting them off completely from the world around them. There are lots of options!

Obviously, the success of modular working does depend on the technology people are using, but you may find the investment quickly pays dividends in a happier and more productive workforce.